Sorting Pathfinders into Patrols is supposed to make scouting more fun, and easier on the adults. But, if you are new to scouting, you may be wondering how to sort the kids into patrols or where to start with that.  This is the story of how patrols evolved in the 17th. 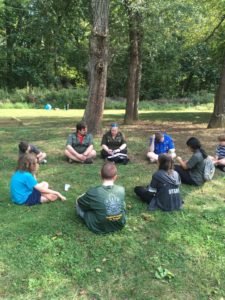 Robert Baden-Powell envisioned his patrol method to start with scouts who were dedicated and could be trained as scouts for 3 months. Then those scouts become patrol leaders. In my personal experience, this isn’t practical. In my own group, our first year, we didn’t really bother having a patrol leader. All our scouts were completely new to scouting and working on their Tenderfoot and Second Class skills together. But, in the way that scout groups evolve, we gradually had some scouts leave and new ones join. Our most experienced scout stepped up to be our patrol leader, when she felt ready. It was a natural evolution for the group. It also worked out that as the scouts got older, it was easier and easier to let them be more scout led.  This natural evolution worked just fine when we had one patrol.

Going from Small Patrol to Large

Then, our Pathfinder group doubled. We went from a small patrol of about 4 very able bodied experienced pathfinders, to adding another 4 that moved up from wolves. For a year, we had these 8 scouts camp and work together to on board our new Pathfinders, getting all of them through Tenderfoot in a single camping weekend, and completing Second Class faster than we ever had before.  The oldest 2 scouts started to step back, letting the 2 pathfinders who were experienced, but a bit younger, take charge more, too.

The next year, we doubled again. And this was when things started to feel crazy. This time, instead of moving up wolves though, we were adding kids who had never scouted with us. We added another 8 scouts ranging in age from 11 to 15. Now, we needed a second patrol. After sitting down with most of our Honor Council- of the 4 most senior scouts in the group, we agreed to split our scouts into 2 fairly even patrols.  Each patrol got a Senior Patrol Leader (these scouts are ages 16 and 17), a scout we expected to be patrol leader (these scouts were 14), 2 of our Second Class level scouts who had moved up form Timberwolves the previous year and were 12, and 4 new scouts.  The scouts helped some with deciding who would be in which group, and we also tried to keep in mind the desires of our new scouts to either be in the same patrol or different from a sibling or friend.

Two Patrols to Rule Them All

These 2 new patrols were forced to form at a meeting where we explained the patrol method, animals, calls, flags and cords. One patrol took off with the planning- though this may have been easier because they liked the ribbon I brought that had turtles on it. The other group struggled some. But- for the next few months we had patrols that were somewhat evenly matched and able to run as a fully functional patrol. Our patrol leaders could focus on working through Tenderfoot skills with the new scouts between our annual community service projects.

How is it going now?

Due to Covid-19, we have not yet gotten to do a full camping trip with these new patrols.  However, the 2 patrols have been able to meet over 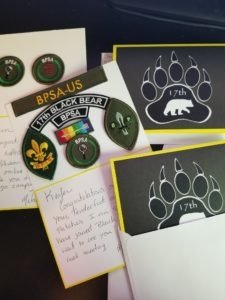 zoom, and are excited to keep scouting together. We proposed that we could re-form into 3 different patrols in the fall, as we moved 3  more scouts up from Timberwolves.  We are going to ponder if it makes the most sense to create 3 evenly matched patrols, or if we have a separate patrol of younger scouts (they have a natural leader in that bunch). We’ve also considered if we want to let the scouts of our 2 existing patrols debate if they want to divide into new patrols based on interest.  Having one patrol that is working on backpacking while another focuses on knot work and badges that go with that, is an option.

UPDATE: Our scouts rejected the idea of new patrols and added both new and moving up pathfinders to each of our existing patrols. Each patrol also has elected a new patrol leader for this fall and we are finding our way into a new adventure.

One the years, I have come to realize that our patrols need to be something that is dynamic, changing to meet the needs of our group. There is no single answer to how a patrol will work best for your group.